To order a CD, please forward your name and address to museum@tipperarycoco.ie or call 0761065252

This year, the Tipperary Museum of Hidden History is celebrating 20 Years at Mick Delahunty Square, Clonmel and to mark the occasion the museum is launching the ‘Rediscovery of Mick Delahunty's Lost Recordings’. Recently the recordings of several of Mick Delauhunty Shows, which hadn’t been heard in over 72 years, were discovered on four vinyls at the Tipperary Museum of Hidden History.

The discs were ‘one off’s’ recorded in 1948 in halls in Clonmel and Waterford City. Although the discs are now 72 years old, today’s remastering technology was able to restore the discs close to what they sounded like that day in the summer of 1948.

Two more discs from the Clonmel session were also discovered, so the museum now has nine classic Mick Del Orchestra tracks which show clearly why his band was rated so highly in Irish ballrooms.

The recordings were never released to the public and were forgotten about until now. To celebrate the rediscovery of these lost recordings, the Tipperary Museum has decided to mark Clonmel’s illustrious son by making the music available as a nine track CD with an interview by Patricia Cantwell of CBC Radio.

Speaking about this, Marie McMahon said “Mick Delahunty was the King of the Irish Big Band era and his big band were a fixture on the Irish Ballroom scene for 50 years. We are really excited to have discovered these lost recordings of Mick Delahunty’s shows. Mick Delahunty features in the Museums new redevelopment and can be seen when the museum reopens its doors after the COVID19 lockdown. However the CD release will go ahead so people will be able to hear the lost recordings.” 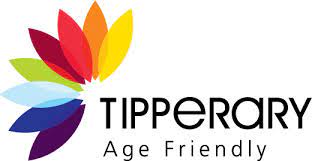