One of our most popular displays here in Tipperary Museum is this late Victorian wedding gown. 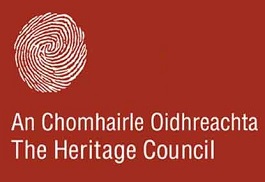 It consists of a jacket and skirt and was worn by Eliza Fenton Downey. Eliza,originally from Cahir moved to Clonmel after she married. Her Husband owned a grocers in the present day location of Daly's Pub, Clonmel.A lot of people ask the question ‘well, if it’s a wedding dress why isn’t it white?’We live in the age of disposable clothing; we can pop into the high street shops or online and purchase whatever we require instantly. This was an era of fine dress making and tailoring for those that could afford it. Clothing was made to order. The idea of buying a dress and only wearing it once was completely foreign and absurd at the time. Clothing was used until it was worn out or until the fashions changed beyond the point of alteration.

There is in fact evidence that this skirt was indeed altered and expanded at some point. More often than not, a woman got married in the best dress she already owned.This resulted in such dresses being an array of different colours, so they could be worn again. The white wedding dress became a popular option after Queen Victoria wore white when she married Prince Albert in the 1840's. White was a hard colour to keep at that time so coloured dresses were more popular and far more practical particularly among the lower social classes. A very different situation than today!